Officer De Jesus is a twenty-year veteran of the North Miami Police Department. He graduated from Union Institute & University with a Bachelor’s Degree in Criminal Justice. Before joining the North Miami Police Department, Officer De Jesus started his career as a Security Policeman in the United States Air Force. He is currently assigned to the Uniformed Support Section - Traffic Unit as the D.U.I. Coordinator and a Traffic Homicide Reconstructionist. Officer De Jesus is a certified Drug Recognition Expert (DRE) and DRE Instructor. He is also a certified Police Instructor in Police Traffic Laser & Radar, CMS Vehicle Operations, and Police Motorcycle Operations. Officer De Jesus has been serving the board since 2011.

Major Angelo Brinson received his Bachelor’s Degree in Emergency Management from Barry University and completed the University of Louisville’s Southern Police Institute 78th Command Officers Development Course (CODC). Major Brinson currently serves as the Uniform Patrol Section Major and the Emergency Manager for the City of North Miami. He has worked in law enforcement for the past 26 years serving in various assignments, including Special Investigations (Narcotics), Domestic Violence, General Investigations, Special Weapons and Tactics Unit (SWAT), Honor Guard, and Uniform Patrol. He has served as a Trustee for the Police Union and is the Vice-Chairman of the North Miami #748 Police Pension Board of Trustees.

Commander Gauido is a 21 year veteran of the North Miami Police Department. Prior to becoming an officer, he served 8 years in the United States Coast Guard. Commander Gaudio has began serving as  Trustee since January of 2019. He is new to his position as a Trustee and looks forward to serving as a Board Trustee.

Assistant Chief Donald Blanchard has held various positions within the North Miami Police Pension since 2009. He is currently a Pension Board Member and is a former Chairman of the Board. He holds a Bachelor’s Degree in Criminal Justice Management from Union Institute & University and is a Graduate of the University of Louisville, Kentucky’s prestigious Southern Police Institute (73rd SPI). He is a 29-year veteran of law enforcement and began his career in 1993 as a Public Service Aide with the Miami-Dade Police Department. In 2002, he joined the North Miami Police Department (NMPD) to serve in the city where he was raised. He has overseen various specialized units within the police department and has held the ranks of Sergeant, Commander, and Police Major. In May 2022, he was promoted to the rank of Assistant Chief and currently oversees the Administrative and Investigative Sections.

Aneisha Daniel is a senior executive with more than 25 years of leadership and management experience in local government. Ms. Daniel has extensive management, financial, and operational experience, having led large operations and overseen budgets of up to $600 million. She is coming to the City as the former Deputy Director for the City of Fort Lauderdale Public Works Department, providing water, wastewater, stormwater, and waste collection services to approximately 250,000 residents. Ms. Daniel holds a Master of Science in Management from St. Thomas University and a Bachelor of Professional Studies from Barry University with a concentration in Finance. 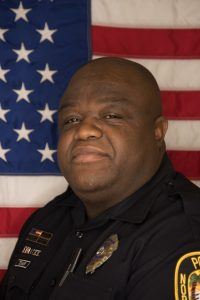 Officer Tovar is a native of South Florida and a 19 year veteran of the North Miami Police Department. After only four years, he was promoted to Detective and has been serving as a Homicide Detective for the past 15 years. He is also a certified CVSA Examiner and the team leader of Hostage Negotiations. Detective Tovar is a Firearm Instructor and enjoys volunteering as an off duty officer.

Detective Warren obtained his Bachelor’s Degree in Criminal Justice from Pfeiffer University and his Master’s Degree in Public Administration from Purdue Global University. Detective Warren currently is a certified Field Training Officer, certified UVA Drone Pilot, certified Blue Courage Instructor, APCO Institute with a certification as a C.A.L.E.A. (Commission Accreditation Law Enforcement Association) Manager, with the North Miami Police Department.Detective Warren was born and raised in Brooklyn, New York.  He is a longtime civil servant serving also in the capacity as a  subway conductor with the New York City Transit Authority before his law enforcement career.